Posted on November 7, 2013 by Adrienne Woods 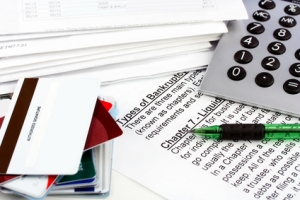 Chapter 7 bankruptcy is designed for people who, no matter how hard they work, will find it nearly impossible to ever pay off all their debts and be able to afford daily necessities at the same time. A sale of the debtor’s assets is conducted and the money raised is distributed among his or her creditors. While the stigma of the bankruptcy and the damage to the individual’s credit will last for years the person can usually walk away from bankruptcy free from prior debts, with notable exceptions.

In 2005, Congress passed the Bankruptcy Prevention and Consumer Protection Act of 2005 (BAPCPA) which resulted in several changes to the United States Bankruptcy Code. One adjustment was that it made it much more difficult for individuals to file under chapter 7.

This is where chapter 13 bankruptcy becomes an option. 11 U.S.C. §13 specifically provides for a way for “wage earners” to keep their assets and avoid continued collection activity by agreeing to pay off their debts over a fixed period of time.

A document known as a chapter 13 plan is filed with a debtor’s petition. This written plan details all of the payments and when they are expected to be made. The plan details the treatment of debts, liens and lists the status of all the debtor’s assets and liabilities. The goal of the system is to allow a debtor with a relatively steady flow of income to find a way to pay the amounts owed without having to surrender any assets.

Some of the advantages of chapter 13 bankruptcy:

Filing for bankruptcy though chapter 13 is no magic bullet – it  comes with many potential pitfalls, just as other personal bankruptcy options. However, it may be worth it for some individuals.

If you think you may qualify for bankruptcy and would like to discuss your options with a lawyer specializing in bankruptcy, please contact Adrienne Woods.